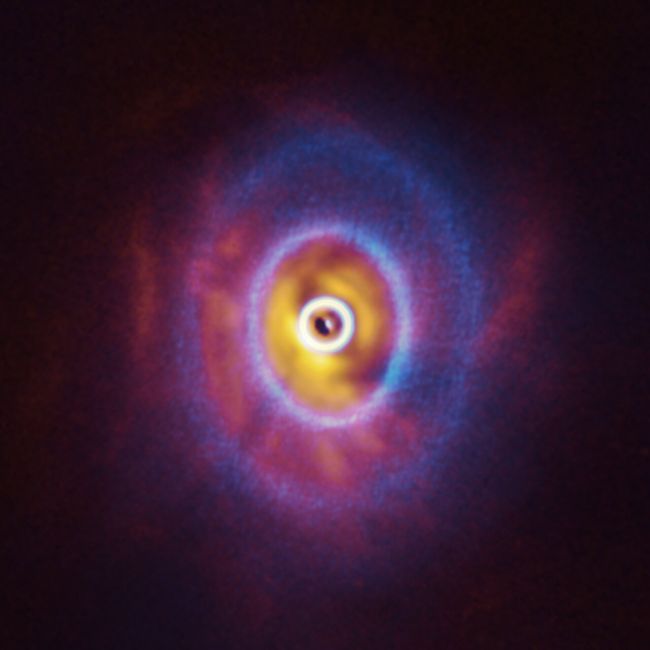 Groups of stars can tear their planet-forming disk to shreds, leaving behind warped, misaligned rings, scientists find in a breakthrough study. Solar systems like ours generally form with their planets all orbiting in the same, flat plane. But, as an international team of scientists has found in a new study, this isn’t always the case. After 11 years of studying GW Orionis, a young triple star system 1,300 light-years away with a circumstellar disk (a planet-forming, ring-shaped disk made up of gas, dust planetesimals, asteroids and more), the team found the first direct evidence that groups of stars can actually tear apart their disks. This work reveals a disk that isn’t flat at all and is, instead, misaligned and broken.

“There have been a number of theoretical studies on disk-tearing effects, but this is the first direct evidence of effect occurring in a planet-forming disk,” study co-author Alison Young of the Universities of Exeter and Leicester in England, told Space.com in an email. “This demonstrates that it is possible for such disks to be warped and broken and raises the possibility that planets could form on highly inclined orbits around multiple star systems.” The warped ring, which is located in the inner part of the GW Orionis system’s disk, contains 30 Earth-masses of dust, the researchers also found. This means that the disk contains enough material to form planets. “It’s the best mechanism for forming planets on such extreme orbits, such as been found so far,” lead author Stefan Kraus, a professor of astrophysics at the University of Exeter in the UK, told Space.com, referring to the warping observed in GW Orionis. “But … from the planet-detection side, we don’t have a way of detecting these planets yet.” While the researchers have yet to detect planets within this system, the ground-breaking study confirms what scientists have suspected for years: that multi-star systems can break their own disks, leaving inclined, misaligned rings around its stars.