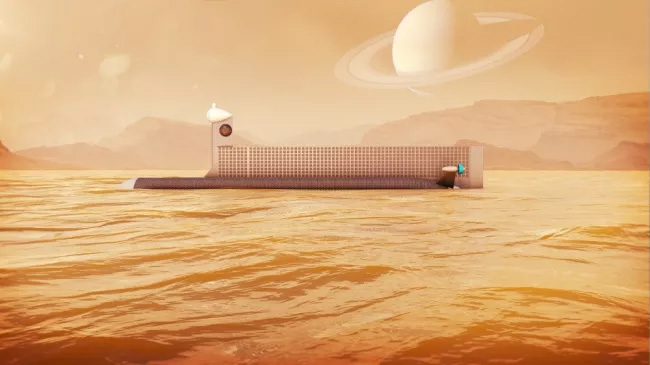 A submarine could explore alien seas just a few decades from now. Researchers have been crafting a concept mission that would send a submarine to Saturn’s huge moon Titan, which sports lakes and seas of liquid hydrocarbons on its frigid surface. Such a mission, if approved and funded by NASA, could be ready to launch in the 2030s, potentially paving the way for even more ambitious submarine exploration down the road, the concept’s developers said. “We feel that the Titan submarine is kind of a first step before you go do a Europa or Enceladus” sub mission, Steven Oleson, of NASA’s Glenn Research Center in Ohio, said last month during a presentation with the agency’s Future In-Space Operations working group. Europa and Enceladus — moons of Jupiter and Saturn, respectively — both harbour huge oceans of liquid water. But these two water bodies are buried under ice shells and would therefore be tougher to drop a sub into than Titan’s surface seas.

Most of what we know about Titan we’ve learned from the $3.2 billion Cassini-Huygens mission, which studied Saturn and its many moons up close from 2004 through 2017. The bulk of this work was done by NASA’s Cassini Saturn orbiter, but significant contributions also came from the Huygens lander, a European Space Agency-Italian Space Agency probe that touched down on Titan in January 2005. NASA is working on a Titan spacecraft of its own — an eight-rotor drone called Dragonfly, which is scheduled to launch in 2026. If all goes according to plan, Dragonfly will land on Titan in 2034, then study the moon’s complex chemistry and potential habitability at a number of different locations. A submarine could be the next step in Titan exploration. The agency has not selected the Titan sub idea as an official mission, but Oleson and his team did get two rounds of funding from the NASA Innovative Advanced Concepts (NIAC) program, which seeks to spur the development of potentially game-changing exploration ideas and technologies.