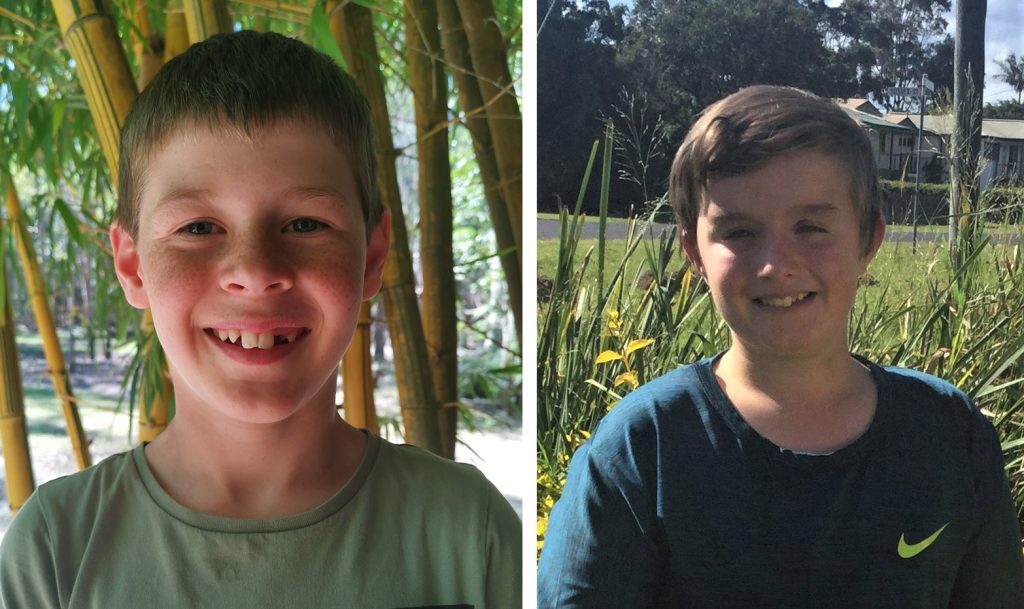 Lucas & Reilly submitted a joint essay on the topic of Pluto’s moon Charon.

Lucas and Reilly were winners of the year 5/6 category for their chosen topic.

Read their essay below:

We believe that NASA should pick Charon, the largest moon of Pluto to explore further and to gain a greater understanding of the evolution of outer space. Specifically, how did the moon form and continue to evolve after (we think) it collided with Pluto? There might be life on this fascinating moon that we have not discovered yet. Perhaps not life as we know it as being so far away from the sun it is very cold, but where there is ice there is water! The discovery of water on Charon means that it could sustain forms of life, but further exploration is needed to confirm if any liquid water is actually available.

As we all know, the necessary ingredients (or building blocks for life) are: 1) water, which we know is there 2) gases (oxygen, hydrogen, carbon, nitrogen, sulphur and phosphorus) and 3) some kind of energy source. Also, if there is water on Charon, we could possibly be able to use the water on Earth and we would be able to fill up all water systems. From the pictures taken from Voyager 2 there is a reddish-brown cap on the north pole of Charon. This organic material is believed to be produced from gases released from the atmosphere of Pluto. Again, this shows that Charon could sustain life and suggests the second building block is already working. The third building block for life is energy. Charon is too far away from the sun to get heat and solar energy, but scientists could look into other ways to produce energy on Charon through movement or friction. Let us explore this great moon and find out new and exciting energy sources that may increase our understanding of outer space.

We would like to know more about the orbital period of Charon and if it has 4 seasons or more or maybe even less. We would like to know if it’s hours behind us or hours in front so if we lived on Charon we could contrast the hours between Earth and Charon. We believe that NASA should pick Charon, the largest moon of Pluto to explore further and to gain a greater understanding of outer space and how this can help us to look after our own planet Earth.