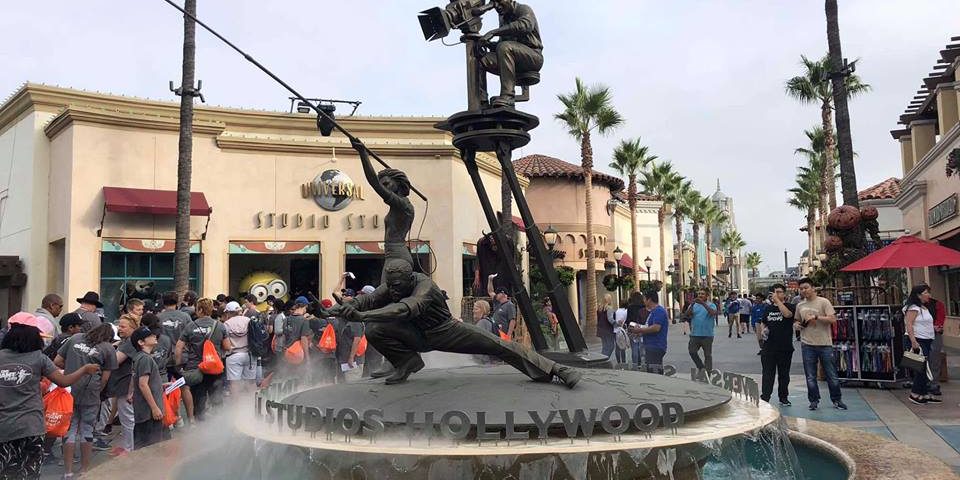 Another early start as we had another ride in LA traffic to Universal Studios, but we still arrived as the gates opened.

Through the gates and the 122 strong grey wave headed straight for the trolley tour of the Universal back lot. The kids were enthralled by the Jaws shark, cars from many films, survived an ‘earthquake’, a flash flood and a scene from Fast and Furious!

We then broke up into groups for more rides, characters, entertainment, shops, rides, characters, entertainment and shops. Harry Potter world attracted the most attention with several rides, butter beer, Ollivander’s wand shop and the Owlery. The Mummy and Transformers rides were close behind. Dinner and back on the buses for the journey back to Anaheim to pack and get through the room inspections!