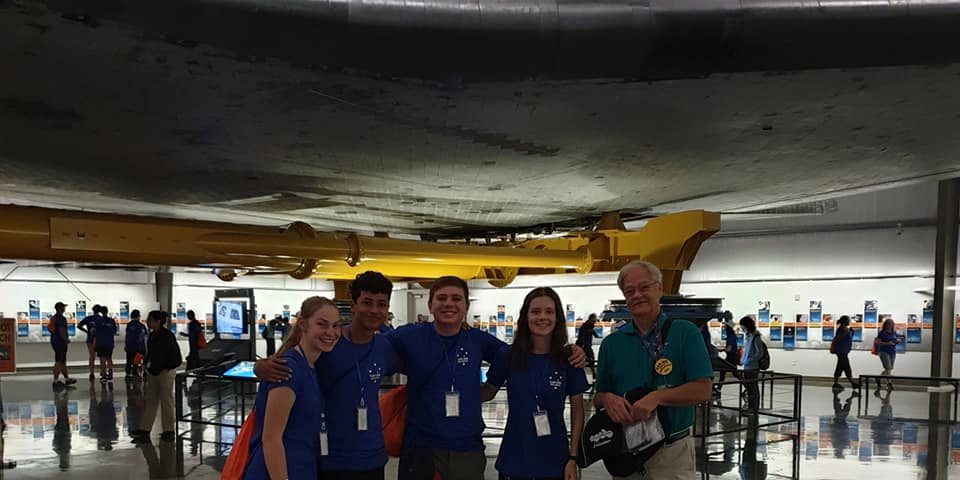 The teachers drew the very short straw as they were on the road with their bagged breakfasts at 6:15 am. Nearly two hours of LA traffic later, they arrived at the Californian Science Centre (CSC) for a fun-filled day of professional development activities.

All the teachers were amazed at the elementary (aka primary) school that is attached to the CSC. Whilst trying not to interrupt the teaching…when a bunch of adults arrive, all wearing the same shirts, natural young curiosity takes over. “Where do you people come from?” This question in Kindergarten immediately prompted their teacher to go the maps and point out Australia relation to Los Angeles. Of course, there was then a chorus of Oohs, Aahs and WOWs!

Meanwhile, the students and the parents left the hotel at a little more respectable time and after two hours on LA freeways (just like on TV), they too arrived at the CSC. They toured the CSC in small groups but one of the highlights for most was going to see the Space Shuttle Endeavour.

Walking into the hall that houses the Endeavour is mind-blowing! It is huge and makes you feel like an ant standing underneath it. Don’t forget to ask your kids about what is so amazing about the tiles on the underside of the Shuttle. After seeing the Endeavour, the students were then amazed by a video link up with former NASA Astronaut Greg Chamitoff who flew on the final Endeavour mission. The excitement was palpable when the kids met up with the parents and teachers. There were many jealous adults!!!!!! After many purchases in the gift shop, we all boarded our buses to journey back to Anaheim in LA traffic.