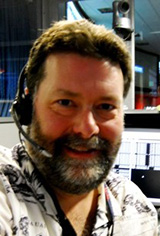 Todd Barber is a JPL senior propulsion engineer, wrapping up two decades as lead propulsion engineer on the Cassini mission to Saturn, following part-time work on the Mars Exploration Rover (MER) mission, Deep Impact mission, and the Mars Science Laboratory (MSL) mission, which landed the large rover Curiosity on the red planet on August 5th, 2012. Cassini was launched on October 15, 1997 on its two-billion-mile, seven-year journey to the ringed planet. It “took the plunge” into Saturn’s atmosphere in 2017 after thirteen years in orbit around Saturn. The MER team launched twin rovers to the red planet in June and July of 2003, and Opportunity was still going strong fourteen years after landing. Todd also worked as the lead impactor propulsion engineer on Deep Impact, which successfully crashed into Comet Tempel-1 on Independence Day, 2005, at twenty-three-thousand miles per hour. Todd recently completed working on the Dawn mission, an ion propulsion mission to the two largest main-belt asteroids, Vesta and Ceres. He also recently began supporting the Soil Moisture Active Passive (SMAP) mission. Much to Todd’s delight, he is now supporting the Voyager mission as well, more than forty years after launch.

Mr. Barber worked on the Galileo project for over seven years and his primary responsibility was getting Galileo into Jupiter orbit on December 7, 1995. Todd also worked part-time on the Space Infra-Red Telescope Facility (SIRTF) mission and on the Stardust mission, as well as the Mars Sample Return mission and a Mars airplane study. Todd received NASA’s Exceptional Achievement Award in 1996 for his work on Galileo. In 2018, Mr. Barber was also honoured to receive NASA’s Exceptional Public Service Medal for heading up Cassini’s propulsion team for nearly two decades.

Mr. Barber is a native of Wichita, Kansas, and attended MIT between 1984 and 1990, obtaining B.S. and M.S. degrees in aerospace engineering, with a humanities concentration in music. He is also a composer of church choral music, with two pieces published to date. His hobbies include singing charitably and professionally, playing the piano, snagging degree confluences (exact integer latitude/longitude intersections), visiting all the U.S. tri-state corners and national parks, playing basketball (though it’s been a while), and amateur astronomy.

Debra Brice has been a Marine Science educator for more than 25 years. She has taught primary through university level classes in STEM sciences in San Diego, California, Alaska and Mexico. She currently instructs 229 students in physics, chemistry, atmospheric and marine science. She has worked with NASA, NOAA (National Atmospheric and Oceanic Administration), National Science Foundation, Scripps Institution of Oceanography and other national science research institutions. She has won awards for science education including Shell Outstanding Science Educator, AMGEN Science Educator, San Diego Teacher of the Year, Toyota Tapestry and Maritime Alliance Marine Educator. With a bachelor’s in biology, a masters in Geophysics and a teaching credential, along with experience working as an environmental scientist before becoming an educator, she brings real world science experience and passion into her teaching.

Mrs. Brice has worked with the San Diego Science Alliance, a non‐ profit consortium of leaders from business, K‐12 education, higher education, and scientific institutions committed to enhancing science literacy in K‐12 education with innovative programs and resources. She wrote and directed a STEM program for the San Diego Natural History Museum and has been working with the Office of Naval Research and Scripps Institution of Oceanography on a STEM program in Marine Science for the last decade. 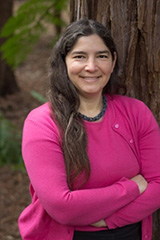 Rachel Zimmerman Brachman has worked at NASA’s Jet Propulsion Laboratory (JPL) on various Education and Public Outreach projects since 2003. She was a senior outreach specialist for the Cassini mission to Saturn for over a decade and ran NASA’s international Cassini Scientist for a Day essay contest for middle and high school students from 2006-2017.

Currently she is the outreach lead for Radioisotope Power Systems (the power technology that enables NASA’s spacecraft to explore the outer planets in our solar system) as well as JPL’s project manager for Project PANOPTES, a project in which members of the public build backyard telescopes to observe transiting exoplanets. Rachel has also worked on Education and Public Outreach for two NASA Astrobiology Institutes: The Astrobiology of Icy Worlds project and the Titan as a Prebiotic Chemical System project.

Born in Canada, Rachel has a bachelor’s degree in physics from Brandeis University in Massachusetts, and a Master of Space Studies from the International Space University in Strasbourg, France. Prior to joining JPL, Rachel worked at NASA’s Ames Research Center, the Canadian Space Agency, The Planetary Society, and the California Institute of Technology.

She has received international recognition for her innovations in the field of assistive technology for people with disabilities. She is a founding member of the Space Generation Forum, and co-founder of the Women in Science Club at Brandeis University and the Association for the Development of Aerospace Medicine at McGill University in Montreal.

She has been a member of the Women Inventors Networking Society and is currently a member of the National Science Teachers Association. She is past president and current conference chair of Science Education for Students with Disabilities. 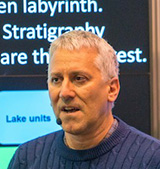 Dr. Michael Malaska is a scientist in the Planetary Ices Group at NASA/JPL. He obtained his undergraduate degree in chemistry from MIT, his PhD in chemistry from UC Berkeley, and performed postdoctoral research in neurochemistry at Mayo Clinic Jacksonville in Florida.

After a 20 year career in the pharmaceutical industry inventing new medicines, images of Titan’s alien surface sent down by the Cassini spacecraft ignited his passion in planetary science. He went from being an interested amateur, to a volunteer researcher, and ultimately changed his career to planetary science and astrobiology.

His current research program combines laboratory simulation, spacecraft remote sensing, and field geology to explore and understand Saturn’s moon Titan, in particular the enigmatic labyrinth terrains. He has done field work in North Carolina, the Mojave Desert and Salton Sea in California, the Greenland Ice Sheet, and an extremophile sulfide cave in southern Mexico. He is also the Deputy Principal Investigator (DPI) of the NASA Astrobiological Institute node Titan as a Hydrocarbon World. 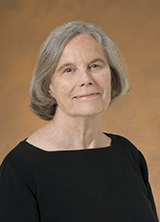 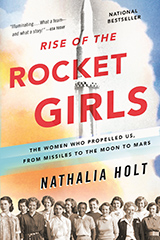 Susan G. Finley has been an employee of NASA’s Jet Propulsion Laboratory (JPL) since January 1958, making her the longest-serving woman in NASA. Two days before NASA’s first satellite, Explorer 1, was launched, Finley began her career with the laboratory as a human computer, calculating rocket launch trajectories by hand. Through her career, Finley provided both manual computation work and FORTRAN programs as part of JPL’s missions to the Moon, Mars, Venus, Mercury, Jupiter, Saturn, Uranus and Neptune, in the Ranger, Mariner, Pioneer, Viking, and Voyager programs.

The advent of electronic computers slowly changed what the all-female computations group did. The women were trained to program in FORTRAN, the primary computer language developed for scientific applications. Male engineers largely didn’t want to do the programming themselves in the 1960s. It was still considered “women’s work” and was not part of an engineer’s job description. In the 1980s, she switched to software testing and subsystem engineering for the NASA Deep Space Network (DSN). A Systems Engineer in the context of NASA “encourages the use of tools and methods to better comprehend and manage complexity in systems”. The DSN is used to track and communicate with every deep space probe sponsored by NASA as well as non-US space missions. The DSN tracked the Russian spacecraft Vega which carried a French balloon to Venus on its journey to Halley’s comet. Although working with the Russians was difficult during this Cold War time period, her team was able to collaborate well with the French and they successfully delivered tracking data for the French balloon experiment at Venus and helped to route Vega toward the comet. Finley considers this project the most memorable of her many years at NASA.

In the 1990s and 2000s, Finley contributed to JPL’s further explorations of the solar system. She worked with the Mars Exploration Rover missions and developed technology in which differing tones were sent at important phases of descent and were translated to words at the DSN. The engineers were then able to use this information to determine which landing stage the rocket was in at a given time. Finley was stationed first at the Goldstone station and then the Tidbinbilla station (MER2) while the landings were taking place and was the first to identify the tones that confirmed the landers survived their trip to Mars. Unfortunately, her work went unrecognized in the media because they reported from JPL’s mission control only.

She continues to work full-time for JPL and is involved in DSN support for NASA’s recent unmanned missions, including the recent Pluto flyby-by of the New Horizons spacecraft and the Juno mission to Jupiter.