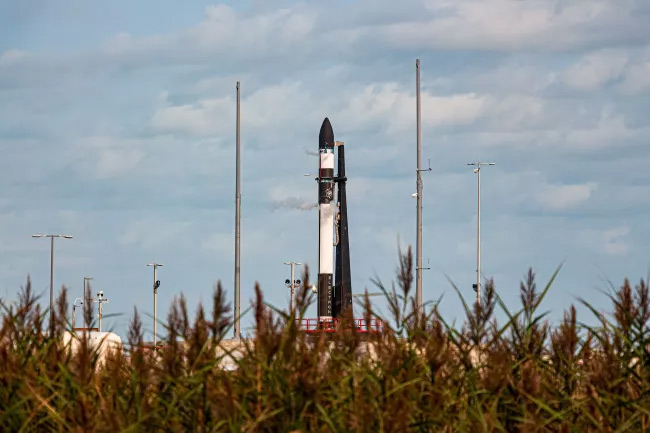 Rocket Lab gears up for 1st launch from US soil but a launch date has not yet been set.

Rocket Lab is nearly ready to launch its first mission from American soil. The California-based company, which has launched 14 missions to date from its New Zealand site, just wrapped up a “wet dress rehearsal” at its Launch Complex 2 (LC-2), at the Mid-Atlantic Regional Spaceport in Wallops Island, Virginia. During the exercise, a Rocket Lab Electron booster was rolled out to the newly built pad, raised vertical and fuelled. Mission managers then took a simulated countdown all the way to 0, to verify that all procedures will work as planned on launch day.

“With this major milestone complete, the Electron launch vehicle, launch team and the LC-2 pad systems are now ready for Rocket Lab’s first launch from U.S. soil,” company representatives said in a statement on Thursday (Sept. 17). There is still one major box left to tick, however: NASA must finish certifying Rocket Lab’s autonomous flight termination system, which is designed to end a mission automatically if something goes wrong during launch. Indeed, a targeted launch date will not be set until this hurdle has been cleared, company representatives said.