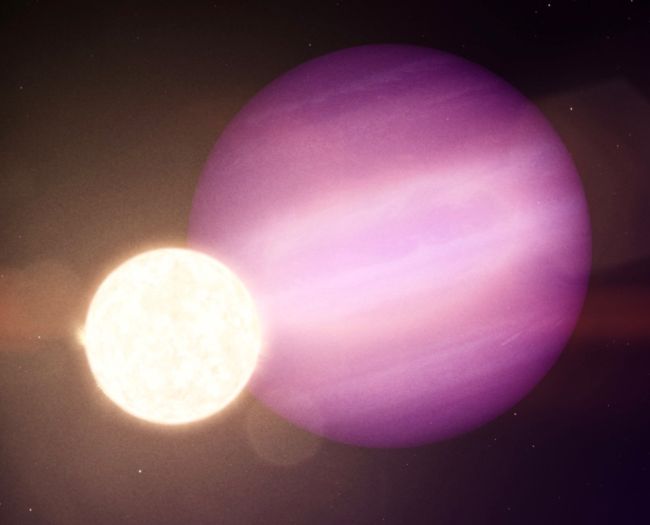 We may now have direct evidence that planets can survive unscathed the violent churn that attends their host star’s death. Astronomers have spotted signs of an intact giant planet circling a super dense stellar corpse known as a white dwarf, a new study reports. The white dwarf in question, called WD 1856, is part of a three-star system that lies about 80 light-years from Earth. The newly detected, Jupiter-size exoplanet candidate, WD 1856 b, is about seven times larger than the white dwarf and zips around it once every 34 hours.

“WD 1856 b somehow got very close to its white dwarf and managed to stay in one piece,” study lead author Andrew Vanderburg, an assistant professor of astronomy at the University of Wisconsin-Madison, said in a statement. “The white dwarf creation process destroys nearby planets, and anything that later gets too close is usually torn apart by the star’s immense gravity,” Vanderburg said. “We still have many questions about how WD 1856 b arrived at its current location without meeting one of those fates.”