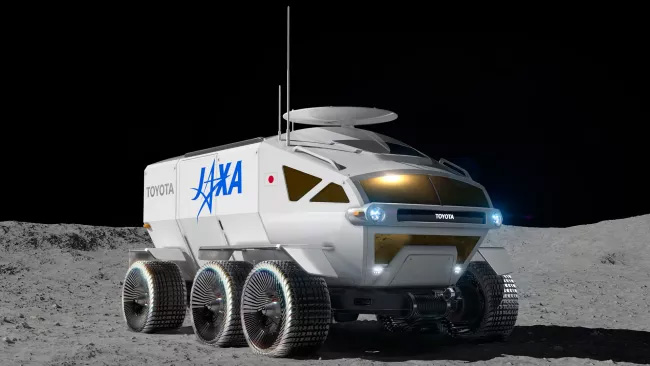 We now know what to call the crewed lunar rover being developed by the Japan Aerospace Exploration Agency (JAXA) and Toyota. The pressurized moon vehicle, which is expected to launch in the late 2020s, has been nicknamed “Lunar Cruiser,” JAXA and Toyota representatives announced in an update last week. The moniker, a nod to Toyota’s Land Cruiser SUV, “was chosen because of the familiar feeling it offers the people involved in the development and manufacture of the vehicle prototype as part of the joint research project as well as the familiarity it will provide the general public,” the update reads.

JAXA and Toyota signed an agreement last summer to develop the lunar rover, which will incorporate fuel-cell electric-vehicle technologies. This year, the partnership is working to build test parts for each major piece of the vehicle, and for a prototype of Lunar Cruiser itself. JAXA, Toyota and Mitsubishi Heavy Industries lead the Team Japan Working Group, which was established in August 2019 to study ways to help create a sustainable human presence on the moon. Making this ambitious goal a reality will almost certainly require international cooperation — with NASA, for example, which is working toward the same aim with its Artemis program.