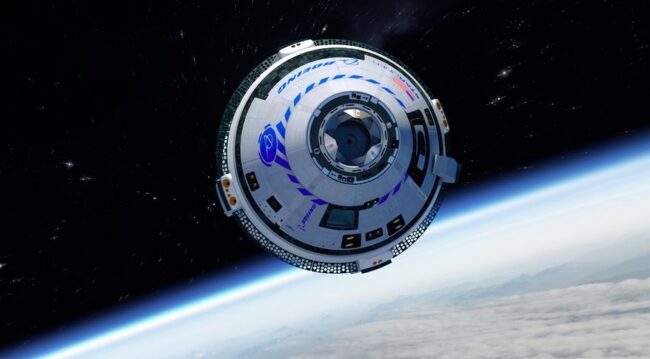 NASA and Boeing announced an updated schedule of test flights of the company’s CST-100 Starliner commercial crew vehicle that would allow it to begin operational missions to the International Space Station at the end of 2021. In an Aug. 28 statement, NASA said it had scheduled a second uncrewed test flight, known as Orbital Flight Test (OFT) 2, for no earlier than December. That mission will be a repeat of the original OFT mission flown last December, which was cut short by technical problems that prevented the spacecraft from approaching and docking with the ISS.

The NASA statement confirmed recent comments by agency officials on the schedule for OFT-2. “The Boeing folks are working hard for their re-flight to be done by the end of the year, maybe early January,” Kathy Lueders, NASA associate administrator for human exploration and operations. The problems with the original OFT mission prompted a joint review by NASA and Boeing. That led to 80 recommendations involving testing and simulation, software requirements, process and operational improvements, software updates, and knowledge capture and modifications to Starliner hardware.

Assuming OFT-2 launches on the current schedule and is successful, NASA and Boeing will move on to the Crew Flight Test (CFT) mission, with NASA astronauts Mike Fincke and Nicole Mann and Boeing astronaut Chris Ferguson. The CFT mission is scheduled for no earlier than June 2021.