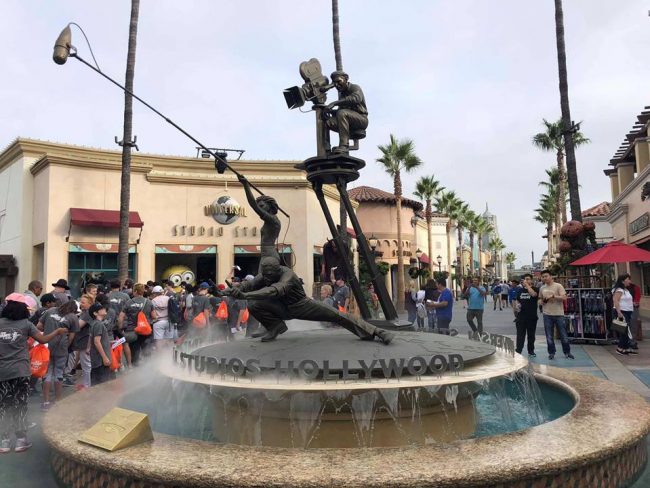 Another early start as we had another ride in LA traffic to Universal Studios, but we still arrived as the gates opened. Through the gates and the 122 strong grey wave headed straight for the trolley tour of the Universal back lot. The kids were enthralled by the Jaws shark, cars from many films, survived